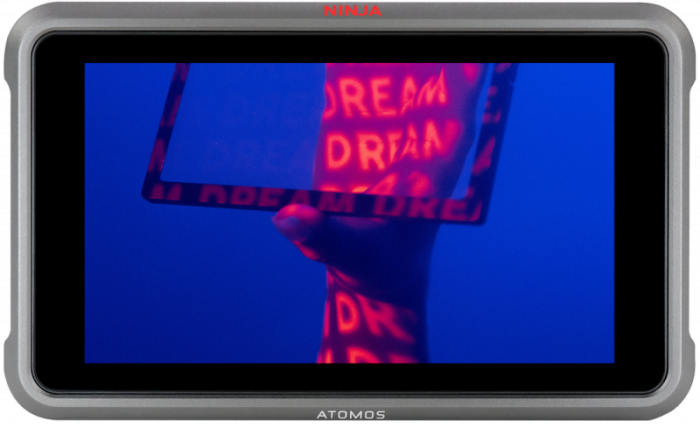 The Ninja V+ is the next stage in the evolution of the multi-award winning Atomos Ninja, delivering up to 8Kp30 and 4Kp120 continuous recording in Apple ProRes RAW while inheriting HDR, 4Kp60 RAW and video as well as HDp120 slow motion from it’s little brother, Ninja V.

With the ability to capture in 8Kp30 and 4Kp120, the Ninja V+ allows you to stay ahead of the game and ensure that you have the flexibility to grow your system as projects demand. Future proofed quality and formats allow you to stay compatible with newly released and existing cameras, in a world where new cameras are released frequently and technology is advancing at an incredible pace.

The Ninja V+ takes advantage of the new Atomos Silicon chip, the AtomIC3, AtomOS 10 and the incredible efficiency of ProRes RAW to deliver these increased resolutions and frame rates. The new formats also integrate seamlessly into the timeline of your existing ProRes RAW or ProRes projects, without huge storage or processing overheads.

Open standard formats from every camera

Apple ProRes is the world’s Pro Video standard for Video and RAW capture, and the number of cameras which support RAW recording over HDMI on the Ninja V+ continues to grow. ProRes RAW combines the visual and workflow benefits of RAW video with the incredible real-time performance of ProRes, giving filmmakers enormous latitude when adjusting the look of their images, making it an ideal solution for HDR workflows.

The Ninja V+ also captures up to 4Kp60 in 10-bit 4:2:2 from almost every camera manufacturer, like Panasonic, Nikon, Olympus, Leica, Fujifilm, Z Cam, RED and ARRI. It also builds upon the great workflow and versatility of Ninja V, that unites the world’s leading camera manufacturers and the industry standard editing software for our customers.

With the broad canvas of 8K resolution, your options for creative crops into a region of interest allow you to extract multiple 4K shots from a single camera angle. This allows you to create additional shots for cutaways to break up the edit, that are much higher resolution than if the shots were extracted from a single 4K source.

You can also create multiple high-resolution vertical or square crops in regions of interest in post for social media, which can also be previewed on the Ninja V+ with social media frame guides. This allows you to maximize the camera’s resolution to achieve 4K 9:16 vertical aspect ratios without having to compromise the way you shoot for mainstream delivery.

The incredible resolution of 8K video means that even after cropping into the image as part of the stabilization process, the final shot will likely still have a resolution of 4K or even 6K. This means that it can integrate with your other 8K footage on the timeline, and still look great.

With the flexibility of providing options for RAW, visually lossless edit ready files, and proxy/sharable files, you have the ability to scale your needs for quality and file size.

H.265 (HEVC) – The highly efficient compressed codec allows you to create high-quality files with a low bit rate and small file size for sharing. You can also create 4K HDR 10-bit deliverables and have the option to ‘bake in’ LUTs to achieve the final pixel LOOK without the need to grade the footage.