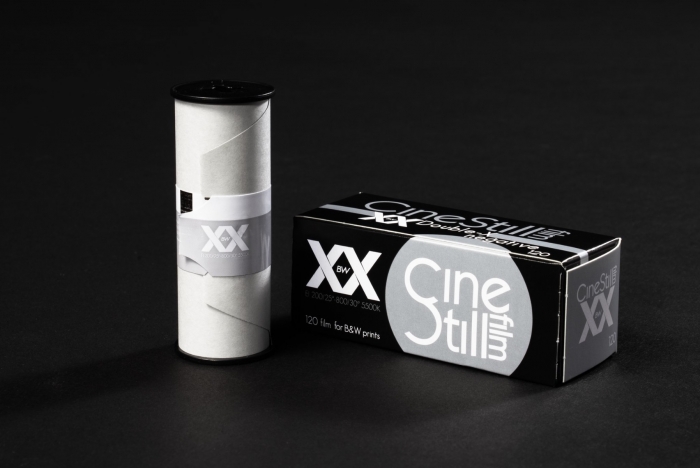 CineStill BwXX is a variable speed, classic panchromatic black and white negative film for both outdoor and indoor/studio use. Akin to the legendary Kodak Plus-X emulsion, it is an excellent choice for all those looking for a classic film stock with top-level performance and versatility in a variety of conditions. It has a variable base sensitivity of ISO 250 under daylight (5500K) and ISO 200 under tungsten (3200K) lighting conditions, and can be rated up to ISO 1600 with the appropriate processing compensation. Ideal for low light situations, this film delivers rich blacks and and wide range of tonal steps, while also providing very high sharpness, crisp micro-contrast, and a fine grain structure.

This film stock has been left relatively unchanged since its initial release in 1959 for use in the motion picture industry. Some of the iconic and modern movies filmed on the classic Eastman Double-X film stock 5222 / 7222 include:

It is thanks to your dedication and the support of the analog community around the world that we are able to make such an exciting new film stock available for creating with — furthering our mission to bring motion picture film to still photographers everywhere.

To celebrate, we created a limited edition BwXX hoodie to coincide with the launch. Don't just shoot black and white, wear it with this lightweight zip up hoodie, perfect for when you get chilly on a summer evening by the lake, or simply need something comfy to throw on.

BwXX has solidified itself as a go-to in the photographers toolset. And now, in its newest incarnation, we're confident it will continue to help photographers push boundaries, execute their vision, and tell their stories in new and exciting ways. For those who seek out the shadows, this one's for you.

We hope you enjoy shooting it as much as we do!

Yours in Analog,
The CineStill Team