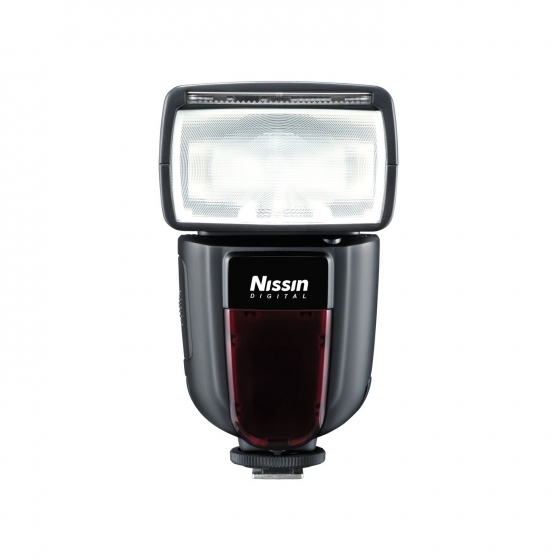 The Nissin Di700A incorporates a color LED control panel and select dial allowing one-finger operation of all critical settings for both flash and wireless.

The Nissin Di700A flash head can be tilted upwards 90 degrees and down 7 degrees.  It rotates left and right 180 degrees.  The locking mechanism incorporates a lock release button, allowing the flash head to lock into any chosen position.

The Nissin Di700A's zoom can be adjusted from 24mm-200mm with a maximum guide number of 54.  When used with the Air 1 Commander, the zoom range is adjustable from the Commander.

The Nissin Di700A incorporates a tough metal hot shoe design, providing a strong connection to cameras and light stands.  Note that the Sony hot shoe, while still durable, is not metal due to Sony's multi-interface shoe design.

The Nissin Di700A uses 4AA batteries for power.  The Di700A also incorporates an external power socket for use with the Nissin PS8 power pack.  It also has a built-in 3.5mm PC port for flash sync cable attachment.